Over several years, Levitt Foundation has developed a specific interest in youth-powered food justice as it relates to children and youth living in the five boroughs of New York City. 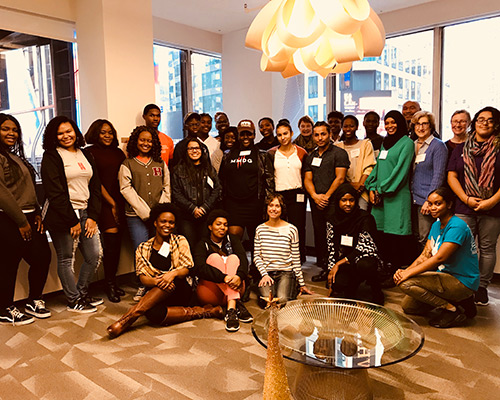 A 2012 environmental scan of New York City neighborhoods conducted by the Foundation brought to light the food systems inequities in low-income neighborhoods and high rates of diabetes and obesity and other food-related diseases among children. In addition the Foundation saw a lack of out-of-school time opportunities for young people to build their confidence and leadership abilities. Based on its research, Levitt Foundation decided to focus entirely on youth-led food justice initiatives in low-income neighborhoods that lacked access to affordable nutritious food. 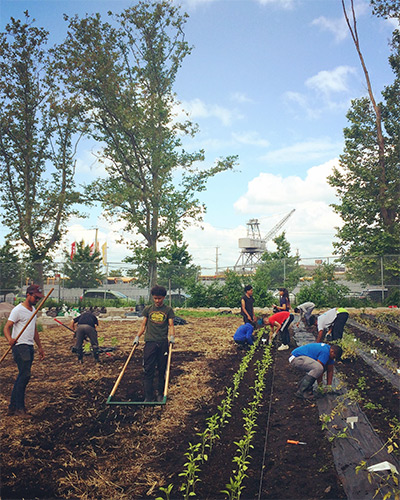 Recognizing youths’ often deep knowledge of food-related challenges confronting their own neighborhoods as well as creative strategies to address them. Levitt Foundation convened a day-long meeting of New York City youth with strong food justice experience. The voices of these young people have informed the Foundation’s next generation of thinking and enhanced its understanding of both current food justice concerns and youth-led actions.

Informed by the valuable input of the young people, in 2018 Levitt Foundation expanded its vision of food justice beyond funding youth-powered initiatives that increase access to affordable healthy food in low-income New York City neighborhoods. The Foundation now also considers initiatives that extend beyond food access, to encompass a broader range of food system inequities and their structural causes, such as intertwining social, economic, and racial inequities, citizenship status, and environmental injustices as they pertain to food.

Levitt Foundation strives to be a responsible grantmaker. The Foundation is a member of and supports the work of Philanthropy New York and Community Food Funders.